The College of Law follows the credit hours system, which determines the number of hours of study that must be completed and passed according to the level determined by the university to obtain a Bachelor’s degree.
Program Learning Outcomes

The American University in the Emirates is licensed by the UAE Ministry of Education – Commission for Academic Accreditation | caa.ae 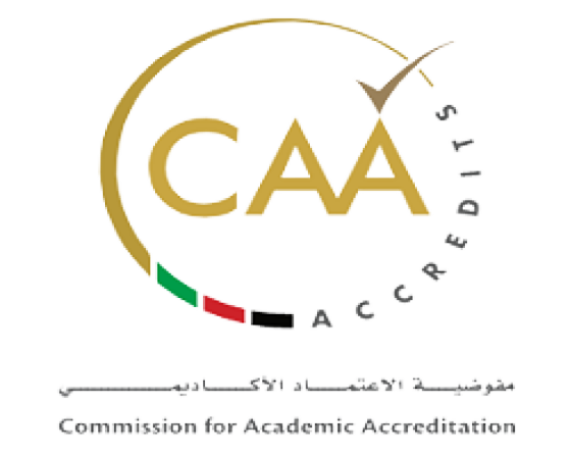 The student selects 6 credit hours (2 courses) from the list below:

1. University Life – [3 Credit Hours]* Mandatory
The purpose of this course is to facilitate the process of transition into the new academic and cultural environment for the new students enrolled in the AUE. Furthermore, it aims to promote their confidence so that they could succeed and meet their academic requirements. The course assimilates academic content with interactive in-class activities to ensure understanding of curricular options and begin to develop a future career plan through self-reflection.
2. Innovation and Entrepreneurship – [3 Credit Hours]* Mandatory
Innovation is the engine of opportunity and, acting as a catalyst, this course is intended to ignite an interest in innovation and inspire entrepreneurial action. At the core of innovation and entrepreneurship is a commitment to experiential learning that will encourage students to engage in critical thinking, creative problem-solving while also equipping them with the soft skills needed in their pursuit of academic and professional endeavors. Students will discuss the relevance and role of innovation and entrepreneurship in work and life situations; determine opportunities for creative disruption and design a strategy for its implementation; develop a practical understanding of innovation through thoughtful debate and exercises, and demonstrate critical thinking and individual insight with a personal mastery portfolio.

B: Languages and Communication Studies

The student selects 9 credit hours (3 courses) from the list below:

1. English Language – [3 Credit Hours]
This course provides students with advanced writing skills in English so that they can successfully pursue their studies in various academic specializations. It helps students to develop, improve, and upgrade their writing and structure skills, and it also acquaints students with technical writing, research papers, and essays since brief research methods are applied in student projects and assignments.
2. Introduction to Research – [3 Credit Hours]* Mandatory
The intent of this course is two-fold. First, it introduces students to the basic research terminologies. Second, it familiarizes them with the process of research from choosing a topic to writing the proposal. Students will be immersed in a hands-on experience where they will be introduced to research concepts that will help them understand, interpret, and review a journal article. Contents to be covered include the language of research, types of research, elements of the scientific research proposal, writing an academic research proposal using APA style, research ethics, identifying data collection instruments, and interpreting data.

Students must take one of the following Arabic Language courses:

C: The Natural sciences or Mathematics

The student selects 3 credit hours from the list below:

1. Natural Science – [3 Credit Hours]
The natural science course incorporates a wide range of subjects sciences such as astronomy, geology, biology, chemistry, and environmental science. The course will present the scientific facts of astronomy, the Earth and its weather, water, and environment, biology, and nutrition with the chemicals of life. The course emphasizes understanding the core principles of different branches of science and their effects on our lives. Moreover, the course explores the scope of natural phenomena, changing environmental conditions, general health rules of nutrition, and the variety of living organisms. The course helps the students to acquire skills in observation, critical thinking, analyzing, interpreting, understanding, and discussing scientific terminology and facts.
2. Environmental Science – [3 Credit Hours]
The ‘Principles of Environmental Science course is designed to introduce the fundamental concepts of environmental science to undergraduate students. It includes topics from different areas of study such as ecology, biology, soil science, and atmospheric science. The course aims at raising environmental awareness among students and providing them with the scientific knowledge and skills to identify, prevent and solve environmental problems. Additionally, it deals with ecological concepts, organism interactions, communities, and ecosystems. The course focuses on key areas of population dynamics, biodiversity, human activities, environment-managed ecosystems, air quality, water, and solid waste management.
2. Sustainable Energy – [3 Credit Hours]
This course gives a thorough introduction to sustainable energy, conservation, and energy efficiency within the UAE and the world. It will explore the relationship between energy, environment, economy, and ecological well-being. It will discuss energy production from the biology, natural science, environmental science, and social sciences perspectives. A variety of topics will be introduced including global warming, climate change, sustainable food production, solid wastemanagement, environmental and natural resources laws. The course includes the growing challenges of climate change and energy crises and proposes solutions to overcome them.
4. General Mathematics – [3 Credit Hours]* Mandatory
This course is designed to develop a good understanding of the fundamental concepts of mathematics. It also stresses crucial cognitive transferable skills such as the ability to think logically and concisely. Mastering this course will give students the confidence to go on and do further courses in mathematics and statistics.

D: The Social or Behavioral Sciences

The student selects 3 credit hours (1 courses) from the list below:

1. General Psychology – [3 Credit Hours]
An introduction to the science of psychology, its theories, and foundations. The course is focused on principles and research methodologies, including the following topics: history of psychology, the biology of mind, memory, learning, child and personality development, psychological disorders, and therapy. The course aims to introduce the basis of psychology, provide the foundational knowledge to pursue the subject in more depth in the future, and build an ongoing interest in the application of psychology in everyday life.
2. Introduction to Social Science – [3 Credit Hours]
This course serves as an introduction to the interdisciplinary and multifaceted social sciences. The content of the course covers the range of different disciplines that social sciences consists of, namely: anthropology, sociology, psychology, political science, economics, and to a lesser extent also history and geography. The secondary aim of the course is moreover for students to develop their critical thinking skills by engaging actively with material about social issues, social change, and social institutions.
3. Introduction to Political Science – [3 Credit Hours]
This course will introduce the students to the key concepts of Political Science and its principal tools. The course will discuss the role of main political actors in the field of politics and their function.
4. Introduction to Sociology – [3 Credit Hours]
This course introduces the science of Sociology. Students will examine Society, Institutions, and the relationships that make up a social context. The scientific methodology used to study social interactions, stratification, and other elements of sociological inquiry will be discussed to emphasize the core concept of sociology as a systematic study of societies and social structures
5. Introduction to Anthropology – [3 Credit Hours]
This course provides an understanding of anthropology, the study of human beings throughout time and space. Anthropology is a broad discipline that studies humans from a holistic perspective looking at both biological and cultural aspects. Anthropologists use different methods to understand and study humans. During this course, students will experience ethnographic fieldwork.
6. Introduction to Geography – [3 Credit Hours]
This course will provide the students with a comprehensive overview of geography. Emphasis is on concepts that are necessary to understand global, regional, and local issues. This course also includes topics on both human and physical geography.

E: The Humanities or Arts

The student selects 3 credit hours (1 courses) from the list below:

1. Contemporary Arab Art – [3 Credit Hours]
This course explores Arab art and aesthetics from the beginning of the twentieth century to date. The students will learn about the contemporary art and design movement in Arab countries, the expression of cultural identity, as well as the factors involved, and changes in aesthetics from Islamic to Arabic art. They will also study and analyze the role of pioneer artists from various generations with emphasis on their influence on contemporary Arab art.
2. Introduction to Philosophy – [3 Credit Hours]* Mandatory
This course will introduce the students to the key concepts of philosophy and its principle tools. The course will discuss the schools of philosophical thought and will apply philosophical analysis to the topics of knowledge, religion, mind, freedom, responsibility, and ethics.
3. Middle East History – [3 Credit Hours]* Mandatory
This course provides an overview of Middle-Eastern History, including the sources of Middle Eastern History. The course will conclude with discussions about perspectives on Middle-Eastern History.
4. World History – [3 Credit Hours]* Mandatory
This course provides an overview of World / General History. The course will conclude with discussions about perspectives on World History. It surveys the history of humankind from 250CE till 1990 CE. In addition, interregional, comparative, cross-cultural, transnational, and historiographical topics will be considered. The objective of the course is to explore the roots of contemporary globalization and to develop historical thinking and writing.
5. English Literature – [3 Credit Hours]
This course will provide the students with a comprehensive overview of English literature in the United States. It will familiarize the students primarily with early Anglo-American writers and the different literary movements that took place in the United States. Today American literature includes many minority literary works, but the historical matrix remains Anglo-Saxon if we are to consider the dominant culture as the starting historical point.
6. History of Islamic Art – [3 Credit Hours]
This course aims to focus on the evolution of Islamic Art through a chronological overview of various ​trends and approaches throughout history. Students will explore and analyze the rise and influence of ​Islam leading to the formation of a new artistic culture the world over.​

1. UAE and GCC Society – [3 Credit Hours]
The course is designed to introduce the UAE and GCC society with its historical background and uniqueness. It is aimed at enabling students to understand the specific features of the society along with its customs, traditions, and lifestyle. The course will introduce the processes and the challenges of development as well as the future aspirations of the UAE and GCC Society.
Core Courses

This course deals with the study of i- kind rights according to the following:
Original in-kind rights:
The course studies the rights of property in general and the scope of such rights, means of protection, characteristics, elements and limitations thereon, as well as common property, with a study of the forms of the reasons for the acquisition of ownership and the consequential rights.
Consequential In-Kind Rights:
The course deals with the study of mortgage and lien, as well as the study of hypothecation rights.

This course covers the study of the legal aspects of the most important banking transactions such as bank deposits, bank transfers, current accounts, bank loans, letters of guarantee and bank credits. The course also covers the commercial papers such as: bills of exchange, checks and notes, and the study of their provisions and obligations, trading and fulfillment thereof.

21. Labor and Social Security Law – [2 Credit Hours]
This course deals with the study of the general principles of the Labor Law, individual employment contract, collective work contract, and the matters addressed by the law in terms of the relation between employers employees, the social security, the social security law and its importance, occupational injuries, occupational diseases, and old age insurance especially in the United Arab Emirates.
22. Civil Procedural Law – [3 Credit Hours]

This course deals with a detailed and analytical study of the general theory of crime in terms of definition and types of crime, and the study of its two elements (material and moral), with the indication to the applicability of the criminal law in terms of time, place and persons, and explaining participation in the crime and its provisions, contraindications of criminal liability and grounds for permissibility.

WHEN CAN I JOIN

Student can join at the beginning of any semester